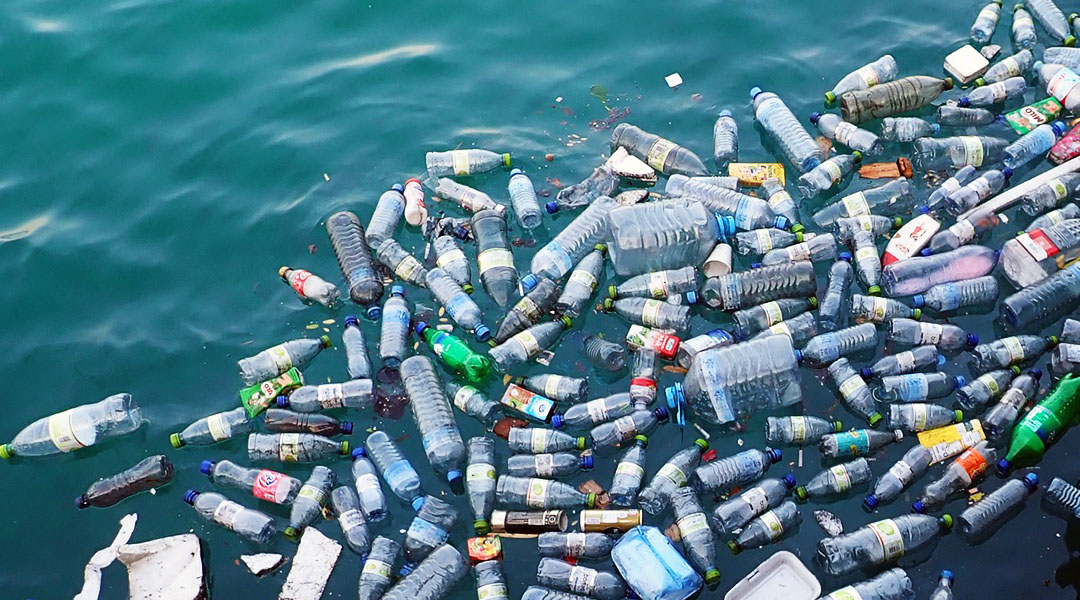 Most of the food that we buy comes in packages – especially processed food. When you look around the grocery store, it’s hard to find items that don’t come wrapped in plastic. While this is largely for convenience and sanitation purposes, it’s having a devastating impact on our environment.

In Canada, we produce 3.25 million tonnes of plastic waste each year. Our oceans and landfills are becoming increasingly saturated with plastic. Every minute, an estimated truckload of plastic enters our oceans, harming sea creatures and damaging our aquatic environments. Also, because plastic is not biodegradable, every single piece of plastic ever made is still on the planet – and it’s not going anywhere anytime soon.

Some of the packaging used in supermarkets is recyclable, but studies show that 9.2 billion tons of plastic have been produced, but only 9% has been properly recycled. The rest end up in landfills and oceans, at home and abroad. For instance, exclusive Greenpeace reports shed light on mountains of plastic waste (much of it originating in Canada) near waterways outside of Malaysia’s capital, Kuala Lumpur, where it’s often exported to be dumped or burned.

What can be done?

As consumers, we have a lot of power in terms of where we choose to put our money. Being a conscious consumer is really important and becoming significantly easier, thanks to greater awareness of the climate crisis and the growth of the zero waste movement. As a consumer, you can choose to purchase products with no or little plastic packaging and significantly reduce the amount of plastic waste used in your household. Zero waste grocery shops are popping up in cities and towns across Canada and are doing some great work with reducing the amount of plastic packaging waste being dumped into our oceans.

However, many of these stores are quite expensive, making zero waste a luxury that only the well-off can afford. Plus, some products can be hard to find without plastic packaging, making it quite inconvenient. Consumers are often burdened with the responsibility of protecting the environment and minimizing waste. While being a mindful consumer is certainly important, it is an unfair and unrealistic expectation to place on individuals in a system in which food items wrapped in single-use plastic packaging are the cheapest and most convenient options.

Some grocery stores and supermarkets have taken steps to reduce plastic packaging in their stores. In the UK, Thornton’s Budgens became one of the first supermarkets in the world to establish plastic-free zones throughout the store. They were able to eliminate the plastic packaging for nearly 2,000 products over the span of 10 weeks.

By reducing plastic packaging, and therefore plastic waste, supermarkets could take big steps in protecting the environment and slowing climate change. In addition to reducing the amount of waste ending up in landfills and oceans, a reduction in plastic waste could reduce emissions. Plastics are made of natural resources such as crude oil, natural gas, and coal. The extraction of these resources entails devastating environmental effects, such as deforestation and fracking. With a lower demand for plastic and therefore these resources, ecosystems will be longer preserved and stabilized. Greenhouse gas emissions will also be decreased, as the manufacturing of plastic is highly energy-intensive and emits greenhouse gases that lead to global warming.

So here we come full circle, all the way back to the plastic shrink-wrapped produce and individually-packaged chip bags in the local supermarkets. It’s all connected. While your dollar has a lot of power, and shopping zero-waste is certainly an important step, major change will happen once big grocery stores take drastic measures to reduce waste.